Leather buckets were traditionally used as fire extinguishers back in the 17th century and earlier. At that time, the water from fountains, rivers and ponds was brought in leather buckets to the fire. In many different ways, the regulations governed the extent to which fire buckets had to be financed or owned and where they had to be stored. In the house, in the church or in the town hall. With the modernization and motorization of the fire brigade, this tradition gradually subsided.

Since there was only vegetable-tanned leather at that time, this was also used to produce buckets. The buckets were sealed with pitch, waxes and oils. The buckets were often marked so that it could be checked who helped with the fire and to whom they belonged. 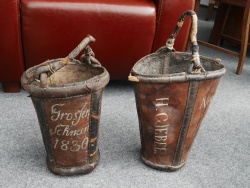 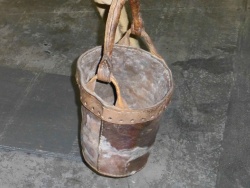 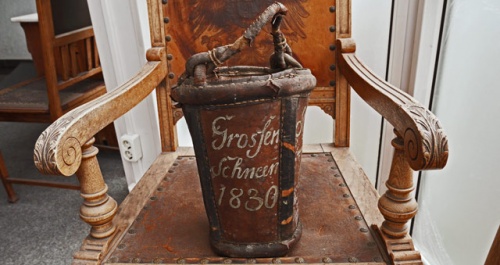 Ancient fire buckets made of leather.