In the widest sense, taxidermy falls under the umbrella of leather. Taxidermy is the art of preserving, stuffing and mounting animal skins for study or display purposes. Preparing the animal is an elaborate art, requiring great skill, so that the animals look alive. People who practise this skill are called taxidermists. 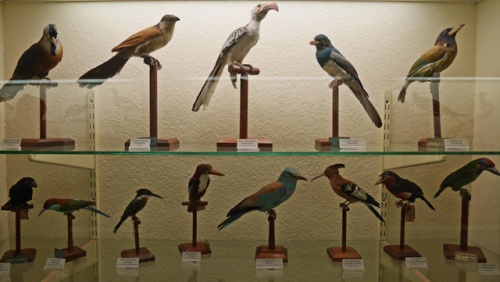 Ermine with summer fur and marmot. 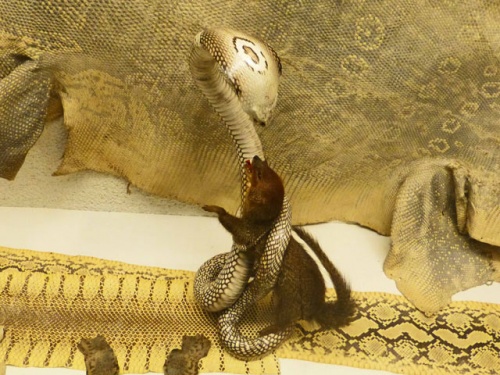 Cobra in the fight against attackers (seen in the DLM - German leather museum in Offenbach, Germany). 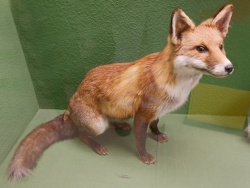 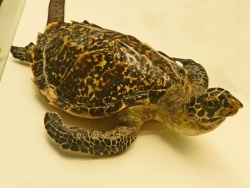 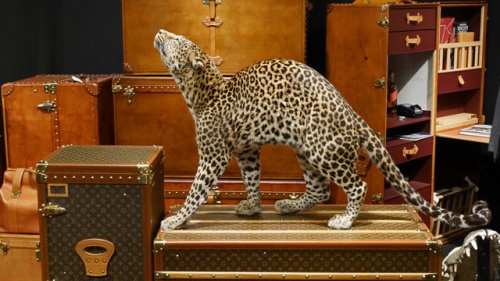 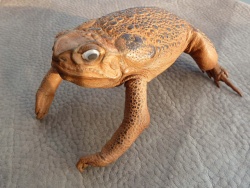 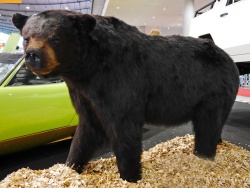 In some cases, particularly for trophies, only the head is preserved. The heads are then mounted and used as wall decorations. 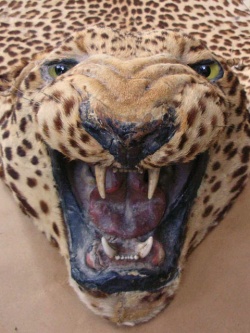 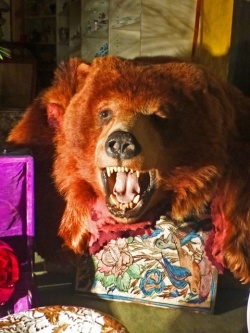 Head of leopard and bear. Head of tiger and leopard.

Before the great depression in 1929 it was the fashion to have leather handbags with incorporated animal heads. 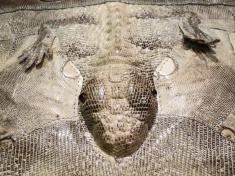 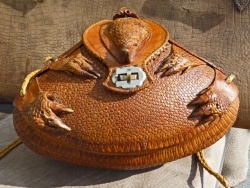 Heads are not only processed on handbags. They can be used as trophies, decorations and for other accessories. Also human heads are preserved. 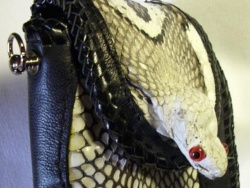 Heads of snakes on boots and a biker wallet.