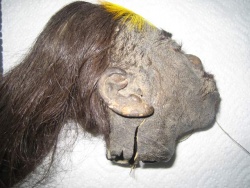 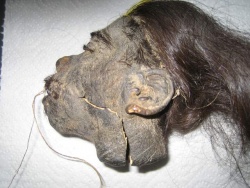 Shrunken heads from about 1940 from Ecuador.

Shrinking heads was traditionally part of the culture of indigenous peoples and ethnic groups of South America, especially the Aguaruna and Shuar in Ecuador and Peru. After armed conflicts between warring tribes, the victors used to cut off their dead opponents' heads.

As soon as possible, the skull bones were removed and the mouth and the eye holes were sewn from the inside. Then the skin was filled with sand and heated in hot water (not boiling, so that the hair did not dissolve) and pre-shrunk. Further shrinkage to the desired size took place with stones and hot sand, which were swivelled inside the shrunk head. The darkness of the skin was presumably caused by smoke.

The religious-magical idea behind shrunk-head manufacturing was that the physical and mental energies of the vanquished would pass over to the owner of the head. Anyone who could show a large collection of shrunken heads was therefore a dreaded magician and warrior. 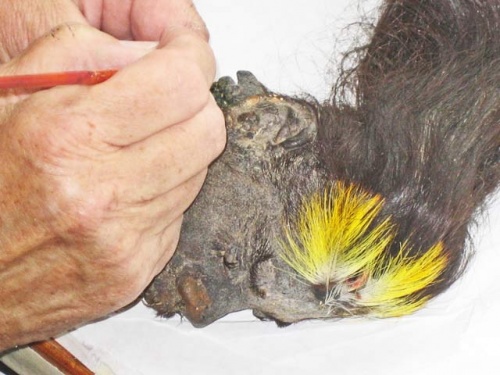 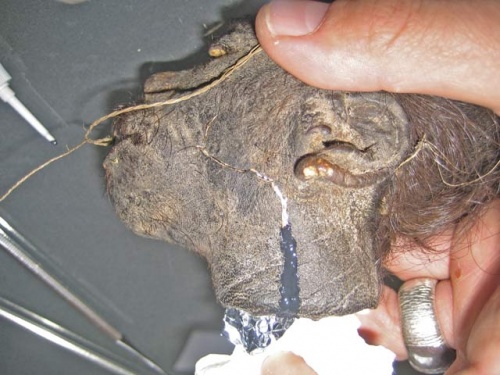 Shrunken heads have often been falsified and made from animal skin. Sometimes to deceive people, but sometimes also as a leather accessory. 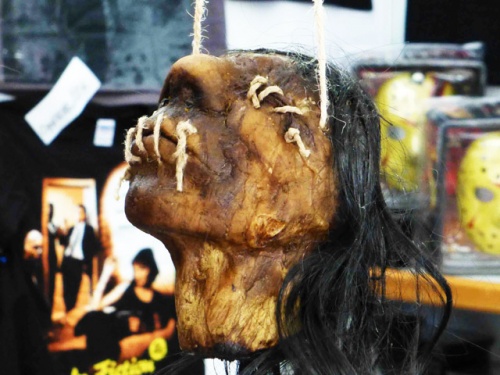 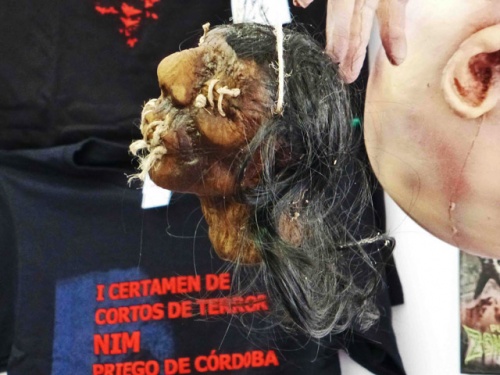 Imitation shrunk head at the horror films festival in Sitges near Barcelona.

Scalping is the removal of the human scalp (scalp with hair). This method is best known from the Indians of North America. The scalps of the killed enemies were collected as trophies. Scalping has also existed in other cultures. The scalp was not tanned but dried.

Scalp and scalpel knife of the Indians of North America.