Book covers have been made from animal skins since ancient times, both for their protection as well as decoration. Egyptian papyrus was wrapped in goat or sheep skins in the early Middle Ages. They were later arranged as books with written pages placed between thin wooden boards which were then covered with leather. 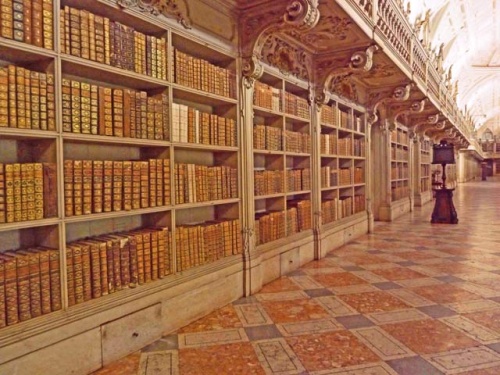 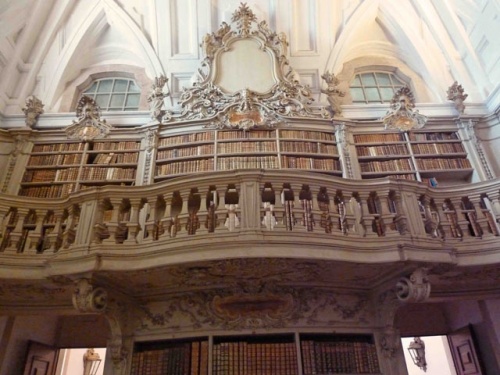 The heavy books were placed on sheets of leather for scrolling. These could easily be changed in place in the library (seen in Mafra, Portugal).

Medieval religious codes particularly stand out, as they were carefully decorated with expensive materials such as precious stones, ivory and gold. However, covers of books that were intended for everyday use remained relatively unadorned and, although they were occasionally influenced by more expensive designs, they were not always relevant to the contents. In the Carolingian medieval period, books were generally covered in suede and, from the 12th Century onwards, in cow hide. In the Renaissance period, the art of leather mosaics was developed.

Since the mid to late 19th century, covering books in leather has gradually become more rare. Today leather is only used in exceptional cases, for highly symbolic or valuable works.

An unusual case occurred in the first half of the 19th Century in England. After his execution, the murderer's skin was used to cover the documents submitted about the execution. There are also other cases where human skin was used for the outer covers of books and documents. 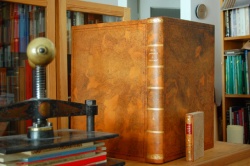 Book cover made of goatskin (www.feinleder-hoffmann.com).

The care and preservation of historically significant books is very important in order to restore them and protect them against decay and mould growth. Some bookbinders have additional qualifications so they can become professional book restorers. Depending on the particular problem, the restorers have various techniques. 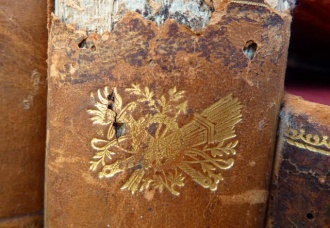 In particular vegetable-tanned leather is prone to the "leather worm". 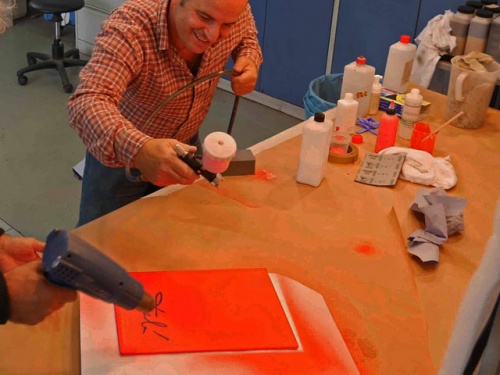 In the case of dyeing works the book specialists look for help from leather repair shops.

The art of book design by DragosMan 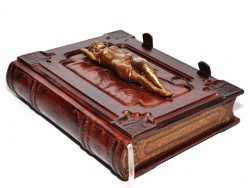 Works of art in leather by DragosMan.