In the strictest sense of the term, the leather industry covers the preserving of the rawhide after the slaughterhouse and the tanneries which process the raw skins into durable leathers.

The following figures are from leather magazines, interviews and the internet. Since the figures are partly based on estimates or come from countries that do not "record the data accurately" or estimate the figures or the base data are recorded differently, the figures can only be used as indications. Depending on the source or type of recording, the data are not always the same. Nevertheless, the figures give an approximate overview of the situation and development of the leather industry. 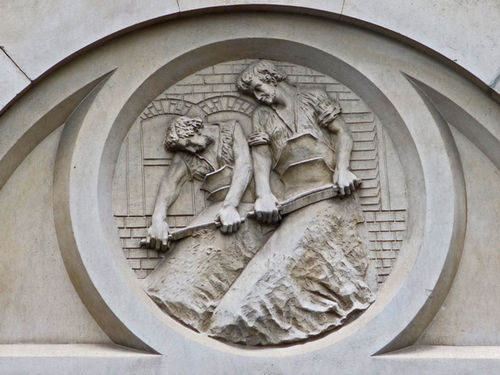 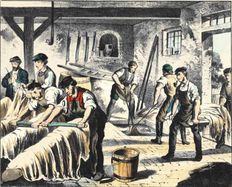 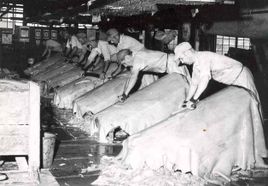 The World Statistical Compendium for Raw Hides and Skins (FAO 1998) quantifies the world's leather production volume in the 1990s to about 463,000 tons or a billion square metres. The overwhelming majority is cow leather. 640 million square metres of which was processed into a total of 4.5 billion pairs of shoes. In 2014 about 14 billion pairs of leather shoes were manufactured.

Zebus are a widespread cattle breed in Brazil.

The leather industry in 2005 was worth about 45 billion US dollars, of which only 25.6 billion dollars were spent on finished leather articles (55% shoes, 15% gloves and clothing, 20% cars and furniture). The most important supplier countries for leather, which dominated 61% of the market, were China, India, Brazil and the USA. 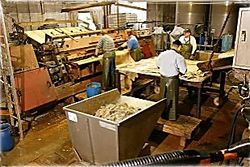 In 2012, China had a leather production (only large-scale enterprises with annual sales of 3.17 million US dollars) of 750 million square metres and produced 4.5 billion shoes (2010 4.2 billion). China is the world's largest leather producer and shoe manufacturer. China produced 57.7 million pieces of leather clothing in 2012 (62.37 million in 2010) and 2010 780 million bags and luggage. The turnover of the leather sector in China in 2012 amounted to 168.8 billion US dollars.

China was the largest shoe manufacturer in the world in 2015 and also was the largest consumer with 53% of all footwear sold worldwide. According to statistics from 2014, China produces around 8 billion of the world's 14 billion pairs of shoes each year. According to statistics from 2016, 23 billion shoes were produced in 2015. In 2010, China still produced 4.19 billion shoes. Of these, one billion pairs of shoes worth 10.4 billion US dollars were exported. For decades there has been a shift in leather production to the developing and emerging countries. This is due to the more favourable costs in these countries and a weaker environmental awareness. On the other hand, the prejudice against tanneries in the industrialized countries is also a reason for falling leather production. 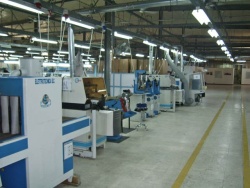 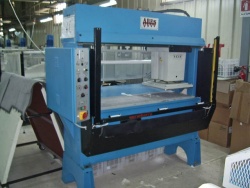 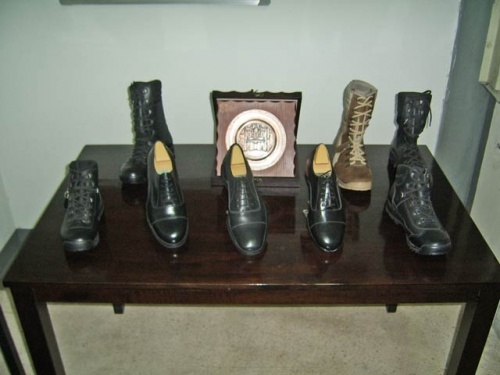 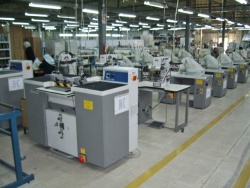 Interior of a leather boot production in Jordan

In 2017 Mexico (28%), China and Italy (14%), Austria (8%) and Germany, South Korea, South Africa and the United Kingdom (4%) produced the highest share of finished leather items. Brazil produced only 1% of the finished leather used for automobiles. 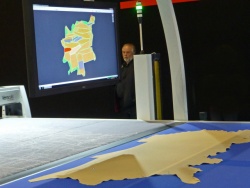 When cutting leather, the maximum possible is optimized to keep the leather cutting waste as low as possible.


leather production in a modern tannery.


The leather production with tannins of the oak.


The production of chamois leather.


Leather manufacture and processing in Tahiti.