The concentration of chemicals used in the production of leather and its effects on humans with acute chrome allergies is well documented. Often these reports highlight where chromium compounds contained in leather items have exceeded permitted limits. These substances do not necessarily exist in chrome tanning processes, although they may arise depending on the method and the materials used.

However, the main point that is often overlooked relates to the main chemical (Chromium III) which is used around the world for tanning majority of leather. Chromium III is commonly found in most animal or plant tissue and is not a danger to health. While the use of chromium III in dietary supplements and its proposed benefits has caused some controversy, it is also clear that a moderate intake of chromium III does not pose any significant risk to human health. Chromium III is a trace element in wholemeal bread, rye bread, green peppers, eggs, chicken and apples and helps those with type II diabetes.

Damage to human health from contact with chromium III has not been observed in tanners who work with this chemical on an almost daily basis, or among consumers and users of finished products who wear and use leather products in their everyday lives. The majority of leather shoes are manufactured from chrome-tanned leather and there have been very few customer complaints which can be traced back directly to the use of chromium III as a tanning agent. Chromium III is not considered toxic but, because chrome itself is seen as a harmful chemical element and because many people suffer from "chrome nickel allergies" - it is easy to derive a negative connotation from it.

Chromium (VI) however is harmful to health and occasionally exists in leather. It can come about due to mistakes in production or can emerge later in the manufactured leather. There is a risk of an allergic reaction to the end user.

For those who are allergic, even the slightest amount of chromate is enough to cause inflammatory skin reactions, such as swelling, blisters, itchy red spots and peeling. While such reactions are initially restricted to the direct contact points for chromate leather, they can, in extreme cases, spread throughout the body, if the contact is not specific.

The remaining allergy risk is almost irrelevant in everyday use of leather. Almost every consumer wears chrome-tanned leather every day as shoes, belts, wallets or bags. There are hardly any documented cases of allergic reactions in contrast to the significantly more frequent allergies to pollen or chromium-nickel. Approximately 0.5 to 0,6% of the population have a chromium VI allergy. The danger of chromium tanned leather, which is often highlighted in the media, does not refer to actual patients, but to an almost never occurring eventuality. As most leather does not contain any Chrome VI and as most leather doesn`t get in contact with risk of alergic reacitons, the remaining allergy risk is almost irrelevant (It should be emphasised that the author of this text is not a lobbyist for the chrome chemicals producing industry or chrome tanners, but merely an observer of the facts!).

Chrome VI is also carcinogenic. This concerns the inhalation of chromium VI dusts, which are not produced by leather. Also, the consumption of chromium VI is harmful to health. However, a consumer would have to consume several kilos of Chromium VI contaminated leather to show reactions to it. 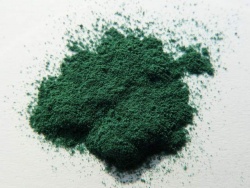 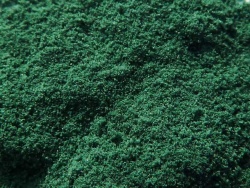 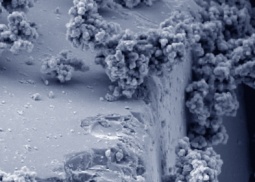 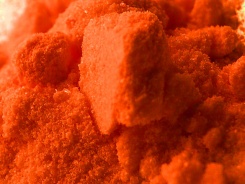 In Europe, work gloves are allowed to contain up to three milligrams of releasable chromium (VI) per kilogram of leather. This figure is considered the threshold and corresponds to the industry standard DIN EN ISO 17075 of February 2008. In the test according to this standard, the chromium (VI) content is detected by applying Diphenylcarbazide (DPC) solution to the inner and outer side of the leather. This solution is pink in colour.

In the REACH Regulation (EC) No 1907/2006, entry 47 in Annex XVII, column 2, valid from 05.01.2015, the restriction of chromium (VI) compounds in leather products is newly regulated. Leather products that come into contact with skin should not be placed on the market, if chromium (VI) content is equal to or more than 3 ppm (parts per million) (also referred to as 3.0 mg/kg) of the total dry weight of the leather. This also applies to products containing leather parts that come in contact with skin. An exception applies to used leather objects that were owned by consumers before 05/01/2015. They may continue to be treated as "second-hand". The previous rules only applied to leather that "permanently" came into contact with the skin. However, almost any leather produced can come in direct contact with skin (Car leather, furniture leather, handbag leather, clothing leather, shoe leather), therefore this rule applies to almost all leather.

The current maximum allowable amount of 3 ppm (0.0003 percent by weight) based on the dry weight of the leather is the lowest possible amount of Chromium VI that can be detected by any instrument. Thus, it always comes back to different measurement results for the same samples. To improve the correctness of the results, the leather industry is looking for better methods of measurement.

Between 2000 and 2006, the investigating authorities of the federal states in Germany analysed chromium VI content in about 850 leather samples (including gloves, shoes and bracelets). Approximately one in two of these samples were found to contain the harmful chemical. Of the ones identified, in every sixth sample, a proportion of 10 milligrams of chromium (VI) was present per kilogram of leather. Effects of chromium VI in concentrations above 5 milligrams per kilogram, can result in intolerance, which can lead to a specific allergy - especially in people already prone to eczema. Another risk factor is if chromate-polluted leather goods come into contact with rough or damaged skin.

In July 2013, 20 children's shoes, 20 work gloves and 20 watchbands were tested. The shoes exceeded 4 the limit of the gloves 6 and the watch straps 2. These products were in the same average price range as all those tested. With 62 mg/kg, a glove was particularly polluted.

Dangerous products containing too high chromium-VI-proportion are listed in the RAPEX sytem (The rapid alert system for non-food dangerous products (RAPEX)) The authorities may decide to take appropriate measures depending on the content of chromium VI in the product. For instance, the amount of chromium VI in the leather hood of a children’s jacket was estimated to be 37.3mg/kg. The authorities have imposed a direct ban on marketing of the product and other measures like withdrawal of the product altogether.

With high-quality leather products no problems with chromium VI have been registered in recent years.

Chromium VI in the press

Many reports of chromium VI exceeding safe limits have been published in the press. However, none of the reports provide any details of damages or allergies caused.

The avoidance of chromium VI compounds in leather

It is now well understood how chromium VI compounds are formed and that they can be avoided consistently by following the appropriate methods and using the correct products. Chinese scientists have shown that leather containing high proportions of unsaturated fatty acids result in the formation of chromium VI. Irregularities in the tanning process and certain additives, combined with the presence of chromium III compounds, can result in the formation of chromium VI compounds. Meanwhile, scientists are targeting chrome tanning agents, which are provided with additives that counteract the emergence of chromium VI. However, these materials are expensive and the consumer should not assume that all imported goods are safe. In such cases, the customer can only rely on responsible manufacturers who undergo voluntary inspections of their batches and can prove it by having their goods tested by reputable independent testing institutes.

The complexity of the development opportunities of chromium VI has resulted in the following list of recommendations for tanneries:

Risks of chromium VI emerging exist in the production of leather, in the processing of leather and in the storage of the leather. So the whole life cycle of a leather product must be closely monitored. Water-repellent leather, leather in darker shades and vegetable retanned leather are less likely to result in formation of chromium VI, compared to split leather or bright leather.

Anyone wishing to check the chromium VI content of leather should contact national leather examination laboratories. The tests are not expensive, but a minimum sample of about 10 grams (about 10 x 10 centimetres of typical cow hide for cars or furniture) of leather is required. However, testing leather garments, leather shoes and other smaller objects may mean destroying the entire test object. In car seats and furniture, it is easy to remove 10 grams from concealed areas. Therefore, such tests are usually performed by commercial customers who can check their goods before they are marketed.

A study of rapid tests in 2016 showed that they provide too many false results due to the complexity of the test materials and the objects to be scanned. Estimated future chemistry is partially highly corrosive; the durability of the DPC reagent is of very short duration; the study is carried out only on the surface of the leather which result in falsified results; dyes in leather can interfere with the visibility of the pink colour (chromium VI) and the chemistry used can potentially destroy the material. This concludes that a quick test is not on a par with professional laboratory tests.

Below is a brief extract of views from a renowned tanner Andreas Ollert in 1953, who at the time of writing this article (2014) is still with us.

"When I learned my profession, chromium III was not available. We had to produce it from chromium VI and this work was mainly assigned to apprentices. Only monitoring tasks remained following the preparation of the solution. Today's modern techniques have freed workers in tanneries from the rigours of very heavy physical work. Back in the day, chromium VI was delivered as a light orange salt in wooden barrels. It fascinated me. I sank my arms up to the elbows into it. I had no idea how much of the "poison" was almost certainly deposited under my fingernails. We observed basic hygiene practices but surely this must have come into contact with food and entered my system later. At the time, no regulations concerning chromium VI existed. The only protective equipment we wore was safety goggles to protect from sulphuric acid." 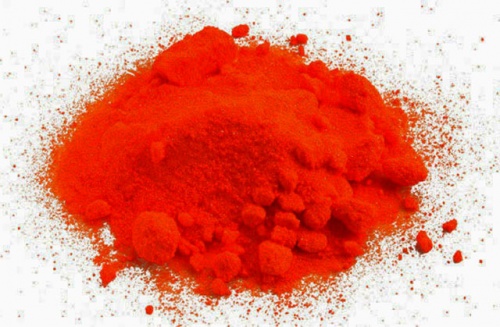