Parchment is dry rawhide, which is used untanned and only oiled as book bindings, lampshades and drum-surfaces. Parchment often has a glistening look, especially when moistened by oil or water. 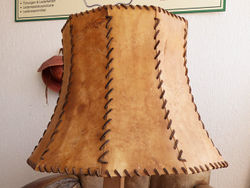 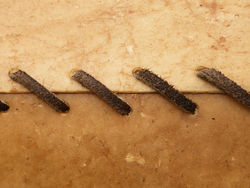 Traditional: Lampshade made of parchment with intertwined parchment parts. 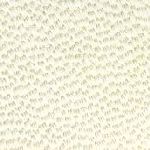 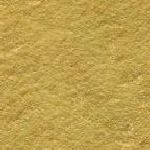 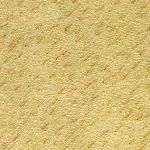 Parchment is made from sheep, goat or calf skin as well as pig, buffalo or donkey skins. The skin is dried without any tanning. The material is oiled, greased and smoothed during the production process. After drying in a drying frame, sanding with pumice stone is also carried out. As long as the parchment is still wet, it can be easily formed and tensioned. After drying, it is rigid and no longer malleable.

Sometimes parchment is also called "parchment leather". Whether this term is correct is debatable and depends on the definition of when an animal skin is a leather. If the term "leather" is meant when the skin is conserved, the parchment is leather, but not if leather is necessarily understood as an irreversibly tanned animal skin. 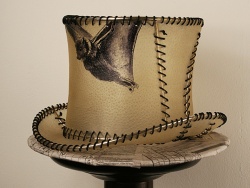 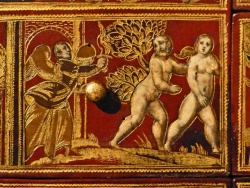 A work of art from parchment leather (www.feinleder-hoffmann.com).

The use of parchment as a writing paper is based on ancient Middle Eastern and Mediterranean civilizations. The term "parchment" comes from the once Greek and now Turkish city Pergamon. Pergamon was a flourishing city of science in antiquity and was the second-largest known library in the world after Alexandria in Egypt. This rivalry prompted the King Ptolemy VI, who ruled in Alexandria (180 to 145 BCE), in his term of office, to cease exporting the plant papyrus to Asia in order to consolidate his own position against King Eumenes II of Pergamon (197-159 BCE). In order to no longer be dependent on imported goods, Pergamon had already started writing on thin animal skins, and continuously improved the technique of parchment production. The Magna Carta (Great Certificate of Liberties) of 1215 from England was written on parchment from animal skin.

Over the following centuries, the use of parchment became more common instead of the use of papyrus. Since the fourth century of our chronology, more and more content has been gradually transferred to the parchment from the less long-lasting papyrus scrolls. Another advantage of this material was that it was re-useable. Parchment could be erased and re-used by sanding with rough stones.

Towards the end of the Middle Ages, the use of parchment reduced, when paper production became cheaper and paper was better for the improved letterpress technology.

Parchment was also used a lot for lampshades. This fashion has however declined. The use of parchment leather for covering drums and comparable musical instruments is still common practice.

Leather belt with braiding made of parchment (light and dark). 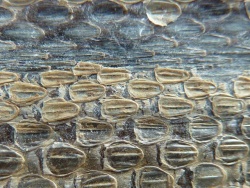 Skin of a snake dried to parchment. 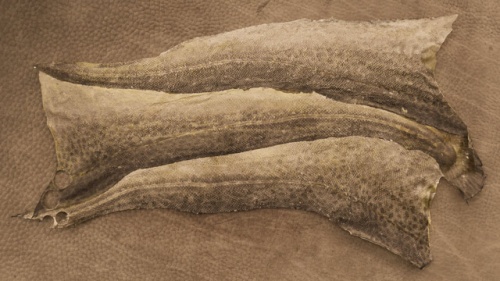 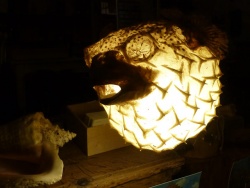 Puffer fish - Ball fish dried to parchment as a lamp from Flensburg, Germany. - Parchment lamp from Montevideo in Uruguay. 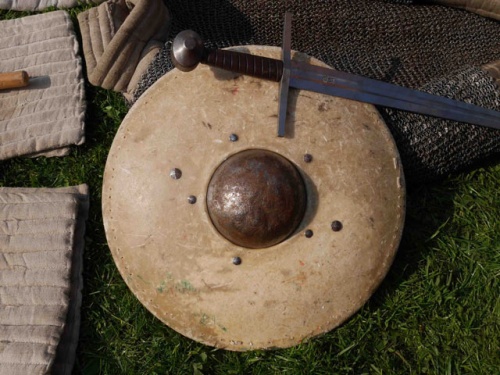 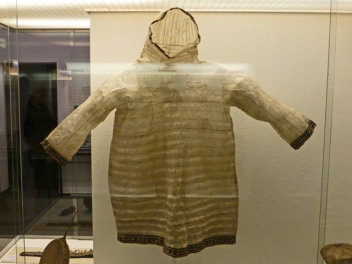 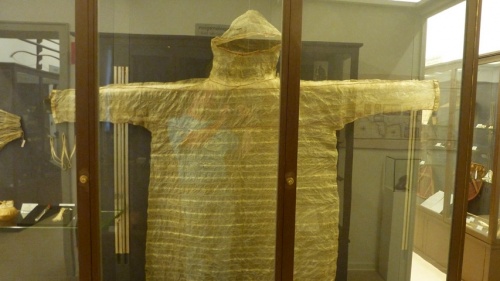 Raincoats made of dried seal intestine from Siberia and Alaska from the 18th century. Parchment is very durable. However, when parchment is damaged, gets stained or deformed, it is often impossible to restore.

Clean or dust off parchment only without moisture. Dry dust or brushing off is absolutely ok. At most a slightly damp wipe can be used, where necessary. Crusty stains must be scraped off carefully.

Normally, parchment does not need any care. If it is extremely dry, use an oil spray. The spray can be applied either directly or with a cloth. Important for parchment: Do not apply too much! Parchment is modest and only sensitive to moisture. Excessive product application does not apply to maintenance of parchment.